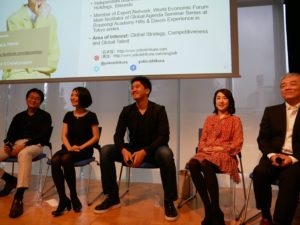 Following up the series of interviews I did with past participants of Davos Experience in Tokyo series, here is the story of 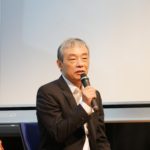 career design by Hideyuki Yoshioka. He came to Davos Experience in Tokyo series many time and joined the panel on the SINCA launch event as well.  He began his career with Recruit and after a while, he became interested in “facilitation.” So he decided to start his own business of developing/spreading facilitation skills and workshops.  He was convinced that the need for facilitation would increase particularly in the are of new product/service development.   The only problem was that few people ever heard of “facilitation” and he had difficulty selling his facilitation project.  He decided to call it “consulting” to get people to try it.  After he was successful in facilitation business, he became interested in global expansion of the business.

That was when he started coming to Davos Experience in Tokyo sessions.  His business is not limited to Japan, as his clients are from different nationalities and he collaborate with variety of people.  Here is the interview I did with H. Yoshioka in English. Many tips to start your own business when you found out what you love… Enjoy. If you are interested in SINCA and/or Global Agenda Seminar 2019, his story indicates how you can add necessary skills as your business expands.