On Saturday, July 26, we hosted the session #2 of Global Agenda Seminar (GAS) 2014.  It was the second session after the basic overview of the first session.  In the first session, Dr Kiyoshi Kurokawa discussed the global issues and addressed the specific problems Japan has faced.  We also did ice breaking game and short discussion on future of jobs.

The second session  which marks the last of the introductory part of GAS 2014 covered tips for logical writing (based upon the first report participants wrote) and the practice of debate/discussion.

I gave a few comments on writing and gave some suggestions for them to try.  Questions were raised as to how I do it etc.  I hope that participants found my feedback of some help for the future writing. The main part of the second session was debate-like session.  The first topic was the comparison of two global leaders–Nelson Mandela and Mother Theresa. We wanted participants to think about the impact the global leaders could make by compare/contrast two great but different leaders.（Photo on the left showing last minute preparation by the groups , as I gave instruction about the format on the spot.)

The second topic was on White Collar Exemption that has been debated in Japan.  We wanted two groups to argue either Yes or No for the adoption of White Collar Exemption. The second issue lends itself better to the debate format, while the first issue was more related to how we measure impact both quantitatively and qualitatively. Both rounds were quite interesting as the groups tried to argue for the position they were assigned.  It turned out that for majority of the participants, this was the first time they tried something like debate.  Some seemed to have difficulty expressing their views, responding to the other group etc.  Judging from the responses to the after-session survey, they seemed to have learned quite a few lessons.(Photo on the left showing two teams arguing each for two rounds)

After the session, we had get-together at the Indian restaurant.  It was a great opportunity to talk with them.  I found out more about their experiences and their aspirations etc.  It was good way to spend Saturday afternoon.  Definitely beat other outdoor activities! (It was very hot and humid in Tokyo that day!) 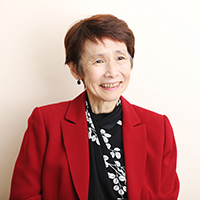